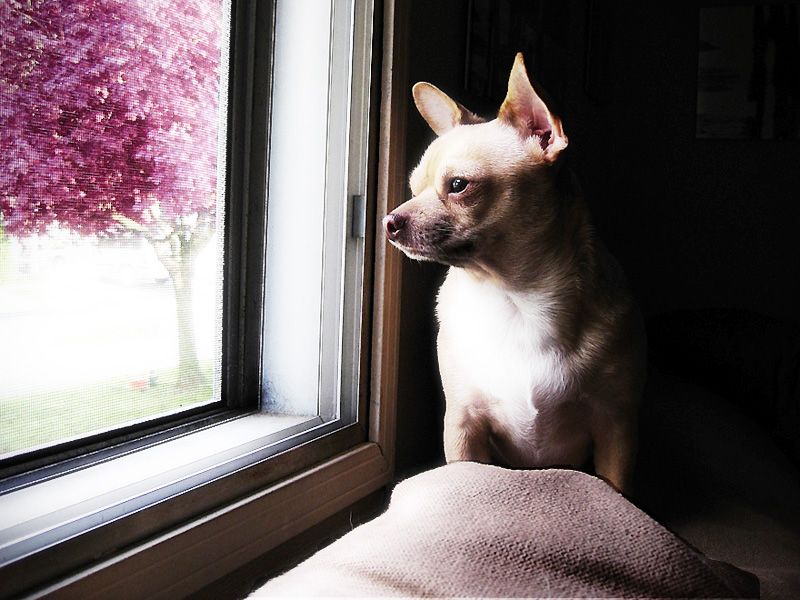 My ever faithful poodle, Crissy, used to love sitting on the back of the couch at my parents house when I still lived there. They had a huge picture window, and she loved to bark at the squirrels going by. Many years later when my husband and I moved off the boat we lived on, and back into a place with a huge picture window.. we put the couch right up against it, and I was so excited because I thought Crissy would love it, to be back in action again. But what I hadn’t considered was that my beloved dog was getting old, and when i put her on the back of the couch, and pointed out into the light, saying ‘what’s that, what’s that’ to Crissy, she just turned and jumped back down, and I realized that she couldn’t see. I don’t know who’s heart hurt more that day. Crissy died a couple years back, she was 20 years old. My new dog coco has taken up the position that was so painfully vacated.