Do You Have Any Grey Poupon? 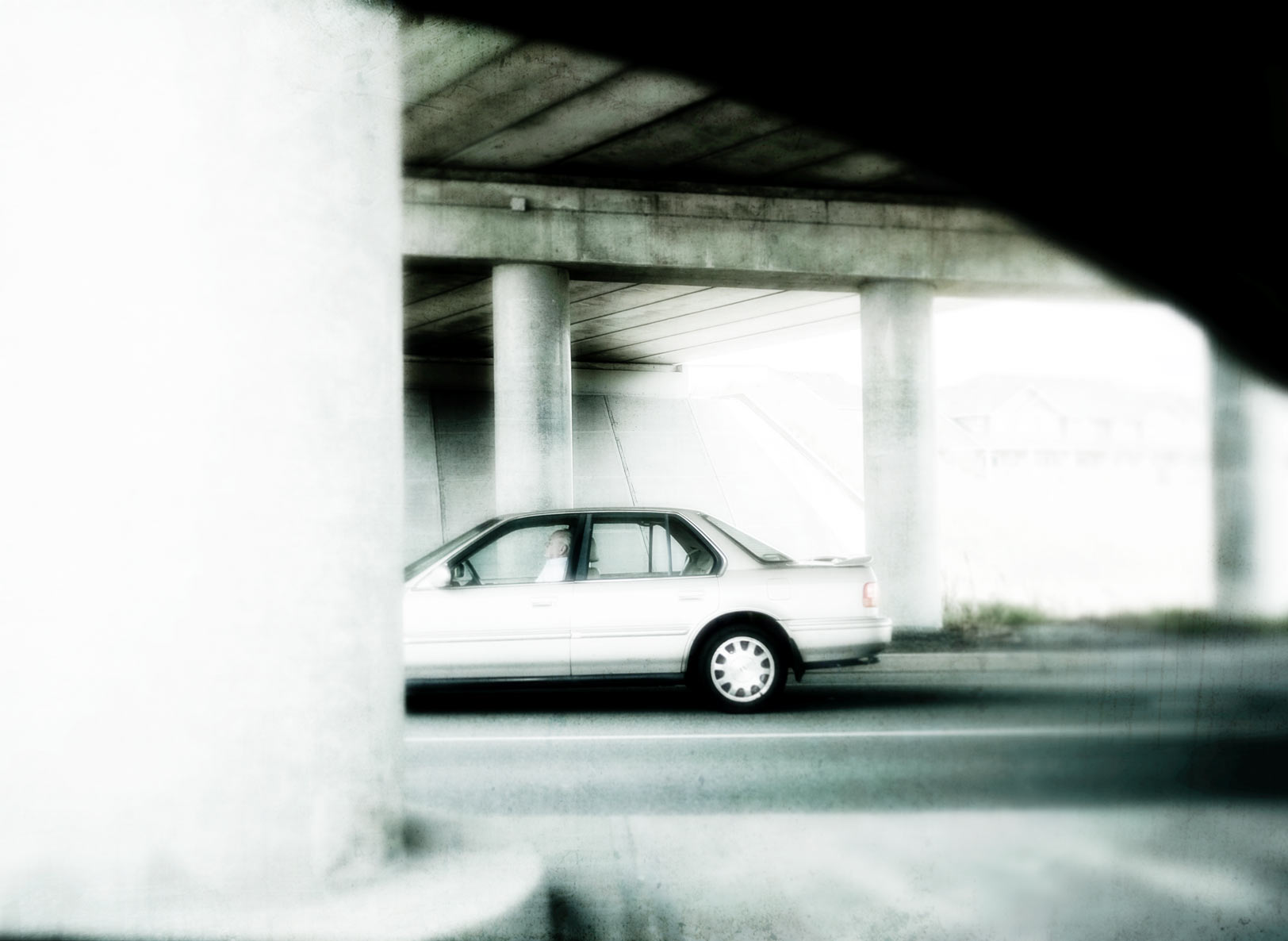 This is Otto’s Critique of this photograph!

As always you come up with a very interesting photograph. It’s not a plain and simple, straightforward image, but one that both requires attention from the viewer and stimulates the viewer’s imagination. At first sight the photo is «just» a car that seems parked under a bridge. But then the eye starts to pick up essential details that turn the story around, not to a linear or even tangible story, but more like a multi facetted, dreamlike and ethereal tableau. Is the man in the car real? Is he a mannequin doll? Or is he dead? Or is he some kind of humanlike spirit? The imagination spins in all directions. The dreamlike appearance is accentuated by the softened and blurry forms. And the forms contrast each other, in the metal shine and clean shapes of the car against the rougher and more tacitly contours of the construction surrounding the car. And against this sits the man – or whatever he is – in the car as an organic and soft profile. A white column to the left seems about to swallow the car – and from the other side and above falls a black shadow down upon the car. Is this about the fight between good and evil? Maybe the photo tells the story of man’s vanity, represented by the car, that is about to drag him into eternal damnation – or maybe he is about to be liberated from his climate devastating scourge. The imagination is encourage by the stark graphical contrasts where highlights are burned out and shadows sinks into the deepest darkness. In addition you have used a duotone to emphasize the surreal aspect of this fascinating photograph. It’s a photo I can look at again and again.

7 comments on “Do You Have Any Grey Poupon?”