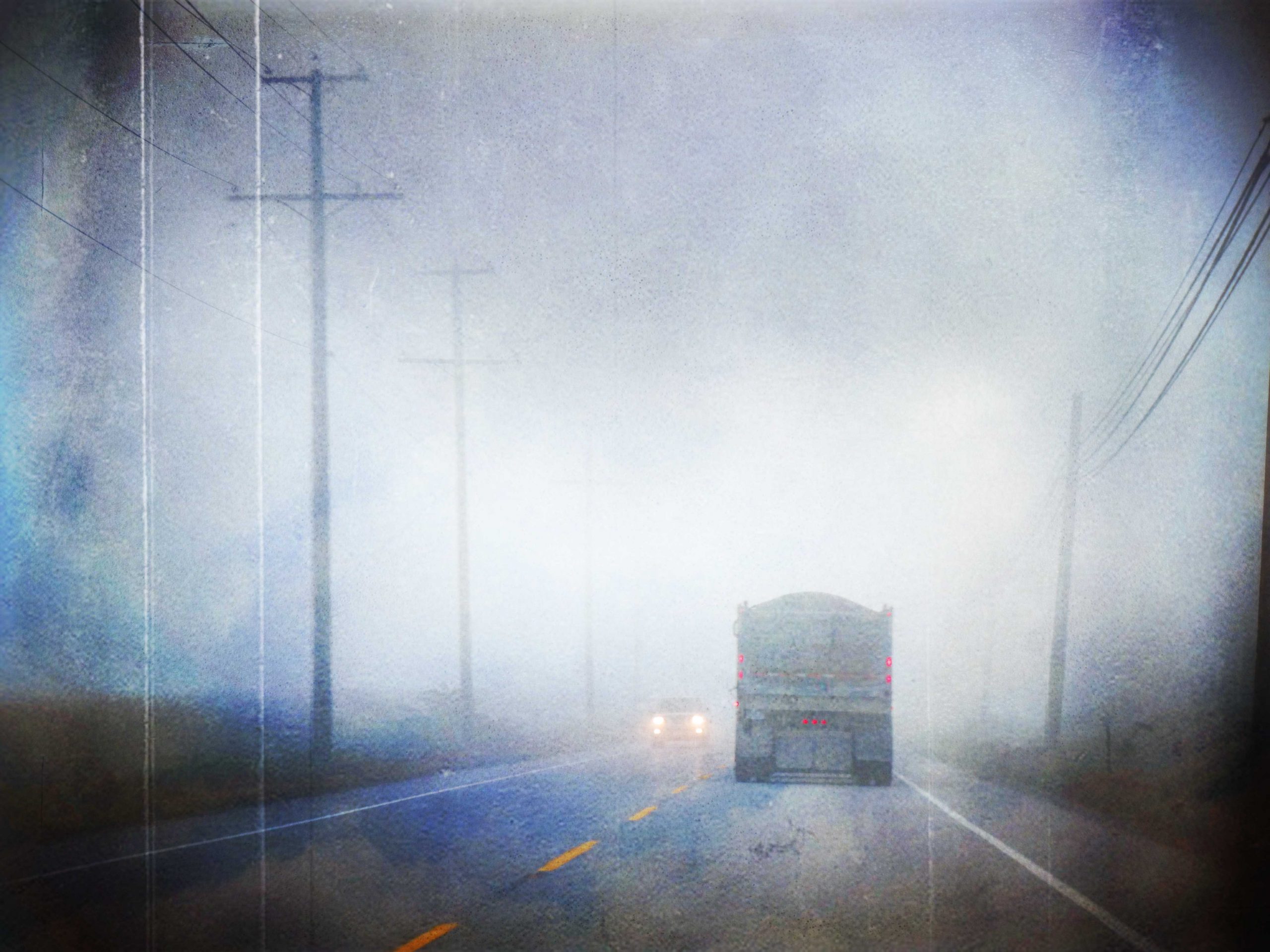 Hard to see the mountains on a day like this.

subliminal suggestion: listen to the music!

Now! Onward to the song of the same name! ‘4 Non Blondes’ is a female band just KICKIN’ IT doing this Led Zeppelin cover of Misty Mountain Hop! it’s weird to hear such vocals coming out of a pretty little girl lol! (Listening to the first song here will require a little bravery lol) Actually I think there might be one guy in the band.. hmmm… ok, i googled it, it started off as an all chick band, but a guy took the place as guitarist at some point… If you watch to the point of the guitar riffing near the end, you will see that he is wearing an open vest with no shirt, so yeah, a guy lol… the one with the blonde buzzcut is female though… she must be the 5th member, coz she’s BLONDE haha, get it? 4 non blondes?…they broke up when the singer went solo, I forget when. Sometime after the band broke up the drummer, Wanda Day, fell out of a window, and broke her back, and was soon in a wheel chair, ended up living back with her mom in Utah and died not long after of a drug overdose… I can attest to the fact that broken backs are soul sucking, I broke mine when I was 14 years old, and now I can’t stand or walk very long at all, and THE PAIN… I’m talking about those velocity falls, where you break your back and CRUSH the discs in between… ugh, anyway…

The singer really is astounding though, she has spent all these years writing hit songs for tons of people, from Pink to Dolly Parton! She has won a grammy for best songwriter… But I hate when good bands break up for that reason, coz the the band fails and the singer fails. I used to do one of their songs in karaoke all the time, it’s called ‘What’s Up?’… Oh what the heck, I’ll post it second… It’s not a hard rock song like Misty Mountain Hop… I’m not sure that you guys are clicking on my vids, but I should provide anyway 🙂

It’s almost hard to believe the angel in the next video is the same person as in the last video lol About me singing like her in karaoke bars, please note that THIS song is a LOT easier to sing than the previous, I’m not a screamer, not the gravelly voice screamer type anyway.. Though I couldn’t sing it now because I have lost my voice, and even have trouble reading aloud from a book for more than 5 minutes these days… I can still talk in casual conversation if the other person does most of the talking, but when something is required of me, my voice is generally not up to it. I lost my voice when I was in my early twenties, singing Cher’s ‘If I Could Turn Back Time’ at a karaoke bash in college, coz everybody ran up on stage to join me in the song and I tried to scream over them to hear myself, my voice just broke, and it just got worse and worse over the years… it makes me sad sometimes.. the things lost over time. Granted I never did anything with my voice other than get the occasional standing ovation in a karaoke bar hehe. Actually, I think they only stood up once… I was doing Melissa Etheridge’s ‘I’m The Only One’… I’ll post that one if you want to hear it. It’s the last video.

here’s Melissa… you can hear why this song was a crowd pleaser amongst drunk karaoke patrons …not a hard song to sing… at least it wasn’t hard for me back when… singing ANY song is totally impossible for me now, I sound tone deaf coz I can’t control it anymore, and like I have laryngitis…. if you did read this story, and esp if you listened to the songs, I thank you… xoxoxoxox p.s. I just noticed this is a totally lesbian based post! lol gotta love it … I guess lesbians make the best rock stars 🙂

Ok, so press play on the little player below, and you can hear me singing after I lost my voice almost completely, it’s from maybe 3 years ago, and I can’t even do that anymore… I was sort of trying to sing with my talking voice coz my singing voice was long gone… it’s an awful shit show lol but i found it funny how bad it was.. I recorded it for a joke, to enter a local battle of the bands type contest a radio station was putting on, to make the peeps who worked at the station laugh… it ended up getting a TON of hits, just coz it’s so horrible lol… i guess other people found it funny too 🙂

you have been warned… it’s BAD… at the beginning you can’t tell whether i’m speaking and possibly mentally deficient, or trying to sing lol oh and the recording is SUPER bad and all muffled and such…

Don’t worry, this was a few years back, and now my talking voice is pretty much gone too, and I don’t even attempt to sing anymore, it’s futile. lol

Have a nice day!