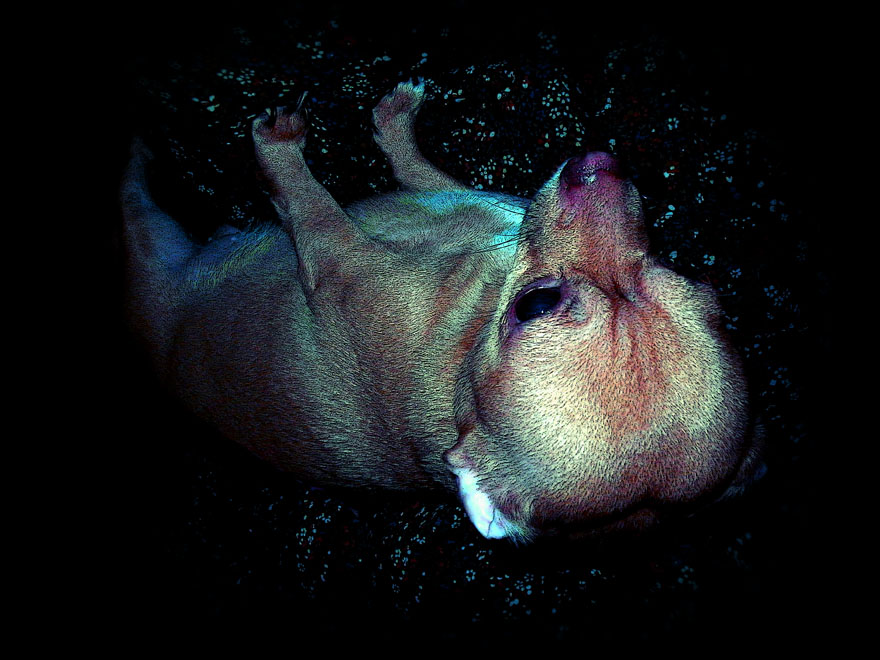 The Gargoyle moved around her, making a sound like the old leather couch in the basement. Wings beating gently, allowing it’s stink to waft over her, and large, bush baby eyes, swivelled this way and that. He pulled and prodded her, sniffed and stared. Long claws brushed through her fur gently, and his smile was like a face full of broken plates.

“Become substanceless, and you will be free from here.” He beat his wings, and waited for her on the ceiling. She tried to let go. Return to the doggy bed in the corner. The safe place, but he wouldn’t let her go so easily.

“Not like that,” it hissed, “Be light, be shadow, be substanceless,” it showed her by becoming a wisp of smoke, and was gently pushed around by the airflow of the air conditioning.

“Now you try. Let go and fly.” He became solid again, and leaned over her in expectation.

She relaxed, felt her body start to break up, as one does when falling asleep. She felt herself float free of this straight jacket, fly up to the ceiling, and float gently along it to the light bulb. An affirmation got in the way, “I think, therefore I am” made her crash to the floor. She whined, to get ‘mommy’ to take her to the vet. Why do they have ceilings so high up anyway? Certainly not for dogs.

regurgitated from the writings of Ann-Marie